Going To The Chapel: Two Royal Weddings On The Horizon In May! 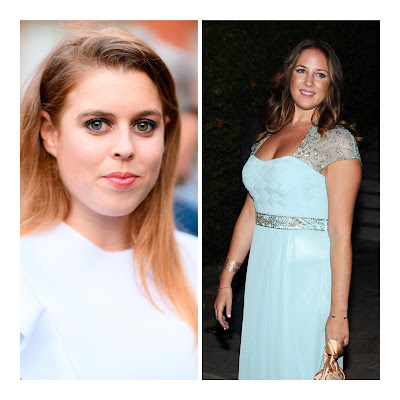 Two royal weddings will be taking place in May 2020. Both of the brides are princesses of the blood in their respective dynasties; indeed, they are third cousins. Beatrice of York and Theodora of Greece are descendants of Queen Victoria of the United Kingdom (1819-1901), King Christian IX of Denmark (1818-1906), and King George I of the Hellenes (1845-1913).

The first royal wedding will be between Princess Beatrice of York and Count Edoardo Mapelli-Mozzi. The couple announced their engagement in September 2019.

The Royal Family released a statement today confirming that Beatrice and Edoardo will marry on Friday, 29 May at the Chapel Royal, St James Palace. After the ceremony, the Queen will host a reception for the couple at Buckingham Palace. Furthermore, Beatrice's wedding will not be broadcast live via TV - unlike her sister Eugenie's marriage to Jack Brooksbank in 2018.

Here is the full communiqué:

The second royal union will be between Princess Theodora of Greece and Denmark and Matthew Kumar. The couple announced their engagement in November 2018.

It is believed that the Greek royal nuptials will be held on the Isle of Spetses. A decade ago, Theodora's brother Prince Nikolaos married his wife Tatiana Blatnik at Spetses in August 2010. The exact date of Theodora's wedding has not been confirmed by the Greek Royal Family. Reports have mentioned that the ceremony would take place during the last weekend of May (either Saturday, 30 May, or Sunday, 31 May). The princess and her mother Anne-Marie were photographed in January 2020 attending a London fashion show of designer Celia Krithiatori, who was chosen by Theodora to create her wedding dress.


Words can’t express our happiness and excitement. I can’t wait to marry this wonderful man. I love you Matt ♥️
A post shared by Theodora (@tgreece) on Nov 16, 2018 at 7:11am PST