BREAKING: The Queen Issues Definitive Statement on The Sussex Situation 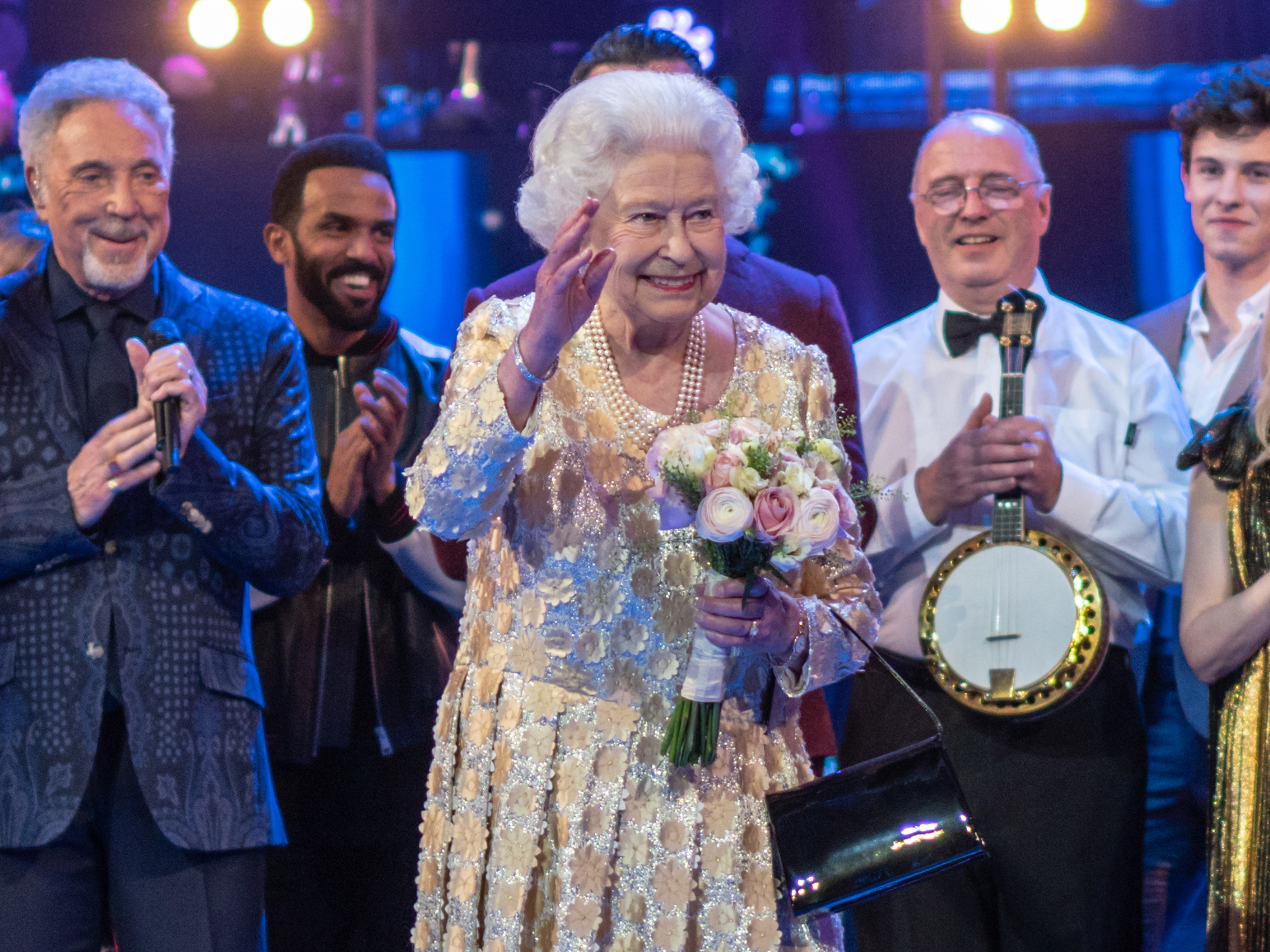 Today, 18 January, the Queen has issued a very important statement on the future of the Duke and Duchess of Sussex. The couple are essentially withdrawing into private life. They will maintain their patronages and charity associations. They will be reimbursing for the refurbishments at Frogmore Cottage, which will remain as their home in the UK. The Duke and Duchess of Sussex will no longer receive public funds from the Sovereign Grant. They will not use their HRH titles, as they will not be carrying out public duties. Amazing. Historic. Shocking. Here are the words of Her Majesty:


Statement from HM The Queen

Following many months of conversations and more recent discussions, I am pleased that together we have found a constructive and supportive way forward for my grandson and his family.

Harry, Meghan and Archie will always be much loved members of my family.

I recognise the challenges they have experienced as a result of intense scrutiny over the last two years and support their wish for a more independent life.

I want to thank them for all their dedicated work across this country, the Commonwealth and beyond, and am particularly proud of how Meghan has so quickly become one of the family.

It is my whole family’s hope that today’s agreement allows them to start building a happy and peaceful new life.

A statement was also provided from Buckingham Palace.

The Duke and Duchess of Sussex are grateful to Her Majesty and the Royal Family for their ongoing support as they embark on the next chapter of their lives.

As agreed in this new arrangement, they understand that they are required to step back from Royal duties, including official military appointments. They will no longer receive public funds for Royal duties.

The Sussexes will not use their HRH titles as they are no longer working members of the Royal Family.

The Duke and Duchess of Sussex have shared their wish to repay Sovereign Grant expenditure for the refurbishment of Frogmore Cottage, which will remain their UK family home.

Buckingham Palace does not comment on the details of security arrangements. There are well established independent processes to determine the need for publicly-funded security.

This new model will take effect in the Spring of 2020.

You may be curious as to what all of this really means ( - I was!). Let us try to work through some of the issues brought up by this statement, and provide answers where possible. 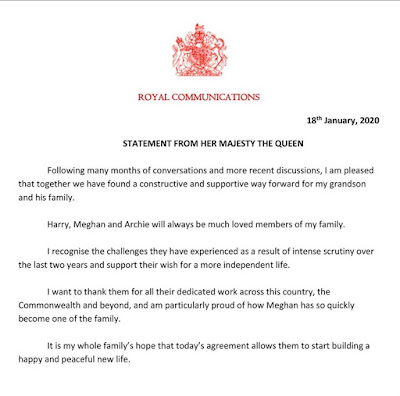 The couple will legally remain Their Royal Highness The Duke and Duchess of Sussex. They have not been stripped of the HRH style; they are simply choosing not to use it. Harry and Meghan will remain as members of the British Royal Family; they simply will not be working members. The Sussexes will not be receiving money from the Sovereign Grant anymore; this does not preclude them from receiving funding from the Prince of Wales via the income he receives from the Duchy of Cornwall, as this is Charles' personal income. Indeed, it has been confirmed now that Harry and Meghan will receive some funds from his father in the same way that the Duke and Duchess of Cambridge receive funding from the Prince of Wales through the Duchy of Cornwall.

The Sussexes will no longer carry out any royal duties after this plan is put into action. None whatsoever. There will be no more tours. However, this new plan does not come into effect until the Spring of 2020. Therefore, the Sussexes will still be carrying out royal engagements that were already scheduled up until the Spring of this year. Harry will no longer be the Commonwealth Youth Ambassador. The couple will privately maintain their associations with their patronages. However, according to royal reporter Omid Scobie, the Sussexes will "still happily attend engagements for the Queen (such as Trooping the Colour)." Harry and Meghan will still be in their positions as President and Vice President, respectively, of the Queen's Commonwealth Trust.

Harry will be giving up his military duties. He will no longer be the Captain General of the Royal Marines, a role that he took over from his grandfather the Duke of Edinburgh. All of Harry's honorary military titles and associations will end after Spring 2020. According to Chris Ship of ITV, Lord West, the former Head of the Navy, has released this comment: "The whole situation is extremely sad, after his splendid service in the military, that he will now no longer be involved with the military in the UK."

Harry and Meghan will repay from their own funds the money that was used to refurbish Frogmore Cottage. The couple will still retain use of Frogmore Cottage after Spring 2020. They will pay for its running costs and upkeep. Yet, the Sussexes will be spending the majority of their time in North America: Canada, to be precise.

Come Spring of 2020, the couple will be known formally as Harry, Duke of Sussex, and Meghan, Duchess of Sussex. It is possible that in private life they will simply be known as Harry and Meghan Sussex or as Harry and Meghan Mountbatten-Windsor. More aspects of the Sussexes new life as private members of the British Royal Family, who will reside the majority of the year in Canada, will become known as time goes by. The Royal Family will review this plan and its outcomes in 2021 and make adjustments as necessary then.

On Sunday, 19 January, UK Prime Minister Boris Johnson gave brief remarks to an ITV reporter: "I think the whole country will want to join in wishing them [Harry and Meghan] the very best. As I said before, that I was sure, the Royal family has been around a very long time, and [that it] would find a way forward, and I'm sure that it will."

The Sussexes have updated their website, SussexRoyal.com, with the following statement: 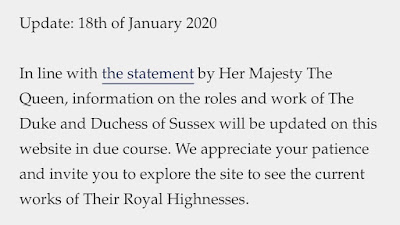 The Crown always wins.
Posted by Seth B. Leonard at 1:36 PM