Michel of Bourbon-Parma: Last of the Royal Swashbucklers

The death of Prince Michel of Bourbon-Parma (1926-2018) on 7 July severs the last link binding several of Europe's royal families in history and kinship. 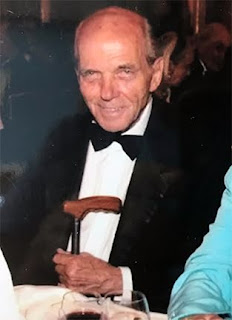 He led a fascinating life, straddling Europe's major Catholic and Protestant royal dynasties. He belonged to the Danish branch of the House of Bourbon-Parma, but grew up mostly in Paris and retired there and to Palm Beach, Florida. His grandfather was Roberto I de Bourbon (1848-1907), the last ruling Duke of Parma who fathered 24 children in exile. His father was the Duke's 19th child, Prince René (1894-1962), who married Princess Margrethe of Denmark (1895-1992), whose mother Marie was an Orléans exile, and whose father was Christian IX's youngest son Prince Valdemar (1858-1939) – he whose lifelong liaison with his nephew, Prince George of Greece (1869-1957), was respected by their wives and families because of the pair's discreet but steadfast mutual devotion.

Michel's sister, Anne (1923-2016) was a classmate of Philip of Greece at The Elms, an American school in Paris, and later married Philip's playmate/cousin, King Michael of Romania. Michel attended The Elms later too, and his mother is the "Meg Bourbon" mentioned in Battenberg correspondence who was one of the relatives/neighbors concerned when Philip's mother Alice began to lose her sanity in the late 1920s. 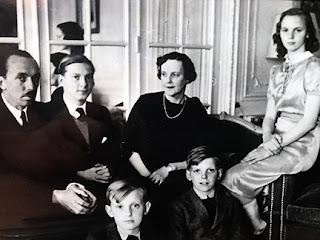 Michel twice became a hero in the 1940s, secretly parachuting with US troops into Nazi-occupied France during WWII. In 1945 the communist Viet Minh in French Indochina interned him as a prisoner of war, after parachuting in. Captured, half-starved and marched from one prison camp to another, always trying to escape yet always re-captured, watching most of his compatriots die from the rigors of nearly a year in captivity, he was finally freed by Geneva Convention negotiations, about which he would write a book. He was awarded the French Legion of Honor and Croix de Guerre, as well as the British Military Cross. 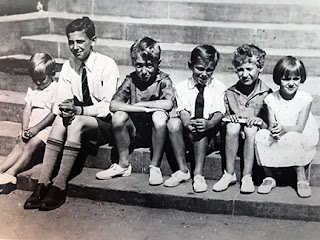 Later he took up the modern profession of idle royalty (replacing Crusades to the Holy Land, expeditions to colonies, and military commands in Europe): sports car racing. 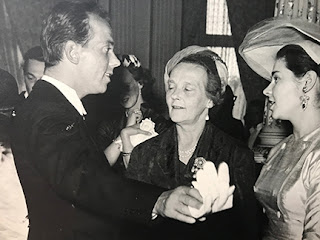 Prince Michel of Bourbon-Parma with his mother and Princess Isabelle of France.
©Eurohistory

He married, separated from and then reunited with two princesses: 1. Princess Yolande de Broglie-Revel (1928-2014), whom he finally divorced in 1999. They had five children. 2. HRH Princess Maria Pia of Savoy (born 1934), daughter of ex-King Umberto II of Italy, whom Michel finally married in 2003. Her second pair of twins, Prince Serge and Princess Helena, born before her 1967 divorce from their legal father, Prince Alexander of Yugoslavia (1924-2016), continue to bear the name and titles of their mother’s first husband. 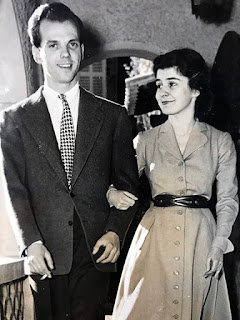 Michel's eldest son by his first marriage, Prince Erik (born 1953) took up residence in Denmark, where in 19980 he married (later divorcing) his second cousin Countess Lydia af Holstein-Ledreborg (born 1955), daughter of Princess Marie-Gabrielle of Luxembourg, herself the daughter of Michel's uncle, Felix of Bourbon-Parma, Prince Consort of Luxembourg. By Erik's son, Prince Henri of Bourbon-Parma (born 1991), Michel lived to see the birth of his great-granddaughter in October 2017, Victoria de Bourbon de Parme, whose mother is Henri's fiancée (and 2nd cousin), Archduchess Marie-Gabrielle of Austria (born 1994, daughter of Archduke Carl Christian of Austria and Princess Marie-Astrid of Luxembourg). 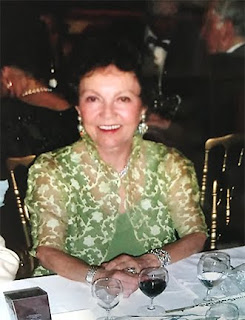 Michel's younger son by Yolande is Prince Charles-Emanuel (born 1961), a leader in the French Legitimist movement. Two of Michel's five daughters pre-deceased him, leaving non-dynastic children. Another is Amélie de Bourbon de Parme (born 1977 of Michel's affair with Laure LeBourgeois), who has two children by her 2009 marriage to Igor Bogdanoff (born 1949), one of the French twin TV stars famous for their scientific theories and bizarre lifestyles who were raised in a Gascon château by their Bohemian grandmother, Her Illustrious Highness Countess Bertha of Coloredo-Mansfeld (1890-1982, née Countess Kolowrat-Krakowsky). From her frustrated affair with the African American opera tenor, Roland Hayes (1887-1977), a daughter (Maya) was born. Bertha's husband, Count Hyeronimus, refused to recognize the child and the couple divorced quietly. Although Hayes offered to adopt the live child, Bertha declined that option. 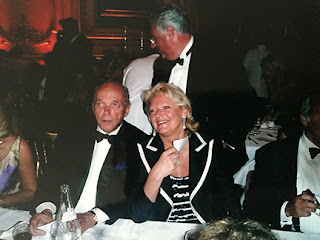 The late Prince Michel of Bourbon-Parma and Princess Beatrice of Bourbon-Two Sicilies.
©Eurohistory

Michel was the son-in-law of King Umberto II of Italy, brother-in-law of King Michael of Romania, and first cousin of Archduke Otto (Head of the Imperial House of Habsburg), Grand Duke Jean of Luxembourg, Carlos-Hugo Duke of Parma, and Prince Axel of Denmark (husband of Anne, Viscountess Anson, née Bowes-Lyon, a first cousin of HM The Queen). Michel was also the last surviving of his parents' children. His eldest brother, Prince Jacques died in 1964 in an automobile accident; Queen Anne died of old age in 2016; and Prince André died in 2011. 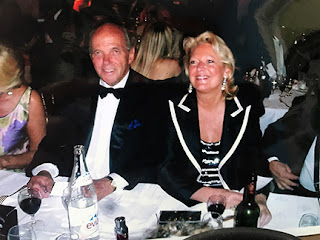 The late Prince Michel of Bourbon-Parma and Princess Beatrice of Bourbon-Two Sicilies.
©Eurohistory 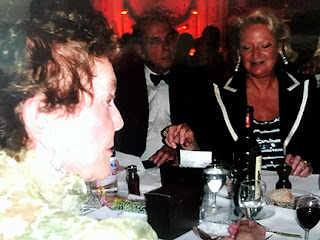 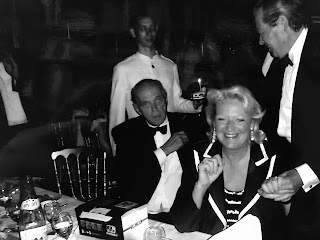 Posted by Arturo Beéche at 2:22 PM