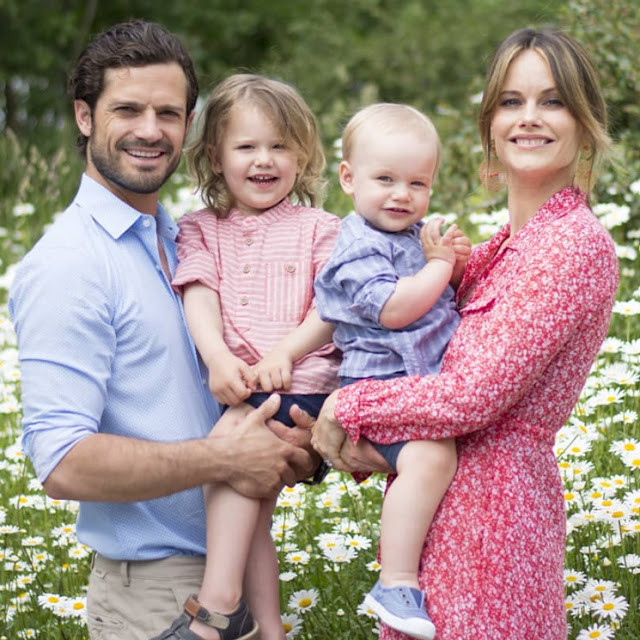 Prince Carl Philip and Princess Sofia of Sweden are expecting their third child in the Spring of 2021. The royal household said the princess is doing well and the birth is expected between March-April.
A statement from the couple says they are "happy and excited and look forward to welcoming our third child.” Carl Philip and Sofía have two sons: Prince Alexander (b.2016) and Prince Gabriel (b. 2017).
______________
For further news and articles about Europe's imperial, royal, and noble families, join Eurohistory:
Subscribe to the European Royal History Journal!
Posted by Seth B. Leonard at 5:54 AM