Ari Mikael Behn, the former husband of Princess Märtha Louise of Norway, has passed away today, 25 December 2019, at Lommedalen. The cause of death was suicide. An artist and author, Mr Behn was forty-seven years-old.

Ari was born on 30 September 1972 at Århus, Denmark. He was the eldest child of Olav Bjørshol and Marianne Solberg. In 1996, Ari changed his last name from Bjørshol to Behn, his maternal grandmother’s maiden name. His family moved from Denmark to Norway when he was six, and it was in Norway that Behn grew up. He studied history and religion at the University of Oslo, receiving his bachelors degree from this institution. In 1999, Ari published a compilation of short stories titled Trist som faen (Sad as Hell); he went on to author three more books: Bakgård (Backyard) in 2003, Entusiasme og raseri (Enthusiasm and Rage) in 2006, and Talent for lykke (Talent for Happiness) in 2009.

On 24 May 2002, Ari Behn married Princess Märtha-Louise of Norway, the only daughter of King Harald and Queen Sonja, at Nidaros Cathedral in Trondheim. Ari and Märtha-Louise had three daughters: Maud Angelica (b.2003), Leah Isadora (b.2005), and Emma Tallulah (b.2008). The couple separated in 2016 and their marriage was ended by  divorce in 2017. Ari and Märtha-Louise shared joint custody of their daughters. Märtha-Louise continued to reside in the family's home at Lommedalen, and Ari found a place not far from it to be close to his daughters.


King Harald and Queen Sonja as well as Crown Prince Haakon and Crown Princess Mette-Marit issued statements after the family had learned the news of Mr Behn's passing:

In connection with Ari Behn's passing, His Majesty the King and Her Majesty the Queen announce the following:

It is with great sadness that the Queen and I have received the news of Ari Behn's passing. Ari has been an important part of our family for many years, and we carry warm, fond memories of him. We are grateful that we got to know him. We grieve that our grandchildren have now lost their beloved father - and we have deep compassion for his parents and siblings, who have now lost their beloved son and brother. We pray that Ari's immediate family will be at peace during this painful time.

For us, Ari was a good friend, a dear family member and a wonderful uncle, with whom we shared many of life's small and big moments. It is with great sadness that we have received the message of his passing away. We were all very fond of Ari. Our thoughts go especially to Maud, Leah, Emma, ​​Princess Märtha Louise and Ari's immediate family.


May Ari Rest in Peace. May his daughters and all who love him find Eternal Comfort. 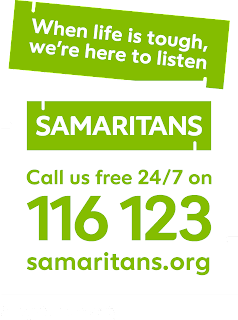 If you, or anyone you know, needs help dealing with mental health issues, for those in the USA, the National Suicide Prevention Lifeline can be reached by a quick call to 800-273-TALK (8255). For those in the United Kingdom, the Samaritans can be contacted on 116 123. Please call these resources whenever needed.
Posted by Seth B. Leonard at 3:13 PM