Prince Mihailo of Montenegro, Head of the Royal House, Visits Canada in Summer 1961 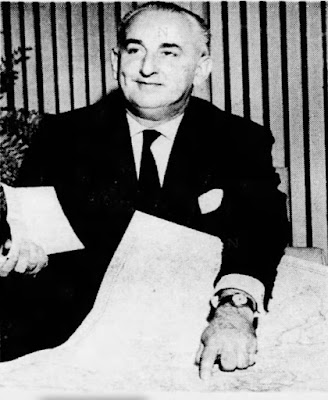 In 1961, Prince Mihailo (Michael) of Montenegro spent the summer in Windsor, Canada, with Mr and Mrs Peter Bulat.

"Liberation will not without patience and loyalty, but it will come. It is inevitable. The vast majority of Yugoslav people are anxious to be once again a free nation," the prince told The Windsor Star. "Since boyhood, I have been a proponent of Yugoslav unity. And that I will remain as long as I live."

Michael of Montenegro was the only surviving son of Prince Mirko of Montenegro and Natalija Konstantinović. Michael received his early education in Montenegro, London, and Paris. In the French capital, the prince studied under André Siegfried at the École Libre des Sciences Politiques (ELSP).
During his Canadian visit, the prince stated: "I have seen true democracy at work here in the Western World. I am fascinated by it all. I like to regard myself as one of the many democrats of the West."
Posted by Seth B. Leonard at 7:00 AM