The 50th Birthday of Prince Nikolaos of Greece and Denmark 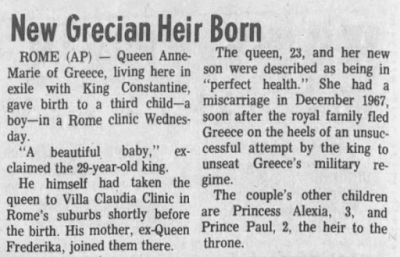 The prince was born "in perfect health" on Wednesday, 1 October 1969, at the Villa Claudia clinic in Rome as the third child and second son of King Constantine II and Queen Anne-Marie of the Hellenes. The twenty-nine year-old father Constantine declared that the family had been blessed with "a beautiful baby boy." Queen Anne-Marie, twenty-three at the time of her second son's birth, had suffered a miscarriage in December 1967 shortly after the royal family had fled Greece. Nikolaos joined older sister Princess Alexia (b.July 1965) and older brother Crown Prince Pavlos (b.May 1967). Although the Greek royal family had went into exile in December 1967 following an unsuccessful countercoup to the country's military junta, Greece was still officially a monarchy: thus, the new princeling was second in line to the throne after his elder brother. 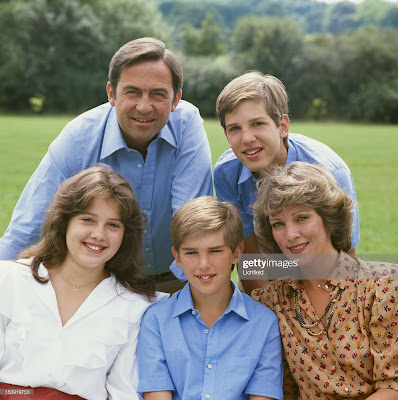 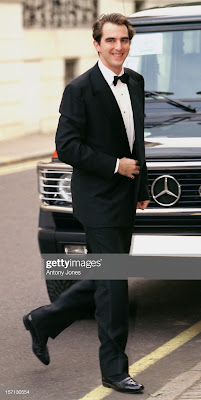 The following account of Prince Nikolaos' early life and professional career is provided by his personal website:

In 1975 the family settled in London, where Prince Nikolaos was home-educated for six years. He then attended the Hellenic College of London.

In 1988 he began his studies in International Relations at Brown University in Providence, Rhode Island, focusing on Diplomacy and National Security. During his sophomore year, he took a sabbatical to join the British Army on a Short Service Limited Commission, serving as 2nd Lieutenant with the Royal Scots Dragoon Guards.

Upon his college graduation (1993), Prince Nikolaos moved into TV production for Fox News in New York. He returned to London in 1995 to work in the foreign exchange options department of NatWest Markets. From 1997 to 2003 he worked in King Constantine’s Family Office. Since then he has been active in business consulting. 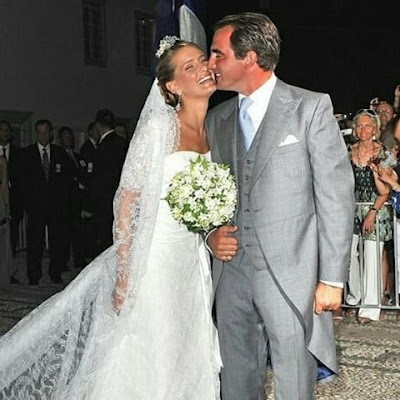 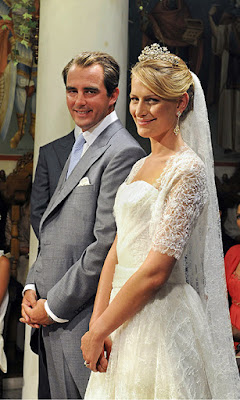 On 25 August 2010, Prince Nikolaos of Greece and Denmark married Tatiana Ellinka Blatnik (b.28 August 1980) at the monastery of Ayios Nikolaos in the old harbour of Spetses in Greece. Tatiana is the daughter of Marie Blanche Bierlein (b.1954), daughter of Ernst Bierlein (1920-2009) and Countess Ellinka von Einsiedel (b.1922), and of the late Ladislav Vladimir Blatnik. Through her maternal grandmother, Princess Tatiana of Greece is a descendant of Elector Wilhelm II of Hesse (1777-1847).


Prince Nikolaos and Princess Tatiana make their home in Greece. The prince is a talented photographer, and the princess engages in numerous charitable activities. A down-to-earth and popular couple, they are often seen attending royal events around Europe.