On This Day In History: The Death of Francisco de Asís, King Consort of Spain

On 13 April 1902, His Majesty Francisco de Asís, King Consort of Spain, died at his residence, the château d'Épinay-sur-Seine in Paris. He was seventy-nine years-old. Francisco was the husband of the by-then-deposed Queen Isabel II of Spain (10 October 1830 – 9 April 1904). At his deathbed, the king consort was surrounded by his wife the Queen and their daughters the Infantas Isabel and Eulalia. Francisco's earthly remains were buried in the Panteón de los Reyes at El Escorial Monastery, outside Madrid. 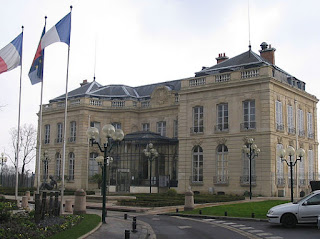 Infante Francisco de Asís María Fernando of Spain was born at the Royal Palace of Aranjuez on 13 May 1822. Francisco was the second son and third child of Infante Francisco de Paula of Spain (1794-1865) and his first wife and niece Princess Luisa Carlotta of the Two Sicilies (1804-1844); the couple had married in 1819. Francisco de Paula was the youngest son of King Carlos IV of Spain (1748-1819) and his wife and first cousin Queen Maria Luisa (1751-1819; née Bourbon-Parma); Luisa Carlotta was the daughter of King Francesco I of the Two Sicilies (1777-1830) and his second wife and first cousin Queen Maria Isabel (1789-1848; née Spain).

On 10 October 1846 (the sixteenth birthday of the Queen), Infante Francisco de Asís of Spain was married at Madrid to Queen Isabel II of Spain, the first daughter of King Ferdinando VII and Queen Maria Cristina of Spain (née Two Sicilies). Francisco and Isabel were double first cousins: both were grandchildren of King Carlos IV and Queen Maria Luisa of Spain (née Bourbon-Parma) as well as grandchildren of King Francesco I and Queen Maria Isabella of the Two Sicilies (née Spain). It was well-known that the couple were ill-suited from the beginning: Isabel was a man-eater and Francisco de Asís was not manly. In Madrid, famous for cutting sobriquets, Francisco de Asís was known as "Paquita," a diminutive of "Francisca." Spanish historians have argued that the bride was more interested in marrying her groom's bother, Infante Enrique, a virile, swashbuckling young man who seemed better suited to the wedding bed than his older bother. Reluctantly, Queen Isabel II and Infante Francisco de Asís entered into holy matrimony in a joint wedding ceremony alongside the queen's sister Infanta Luisa Fernanda (1832-1897) and Prince Antoine d'Orléans, Duke of Montpensier (1824-1890), the son of King Louis Philippe and Queen Marie-Amélie of the French. There had been much international debate about which royal prince should be wed to which of the two sisters. Queen Isabel certainly drew the shorter straw when she wound up with her effete cousin Francisco, while Infanta Luisa was considered far more lucky in getting the Duke of Montpensier. The French monarch's hope centered on Francisco de Asís being unable to procreate any children, thus the crown passing to the offspring of Montpensier and Luisa Fernanda. Queen Isabel's prodigous sexual appetite, which she satisfied by welcoming countless men to her bed chamber, ensured her one would retain the Spanish throne.

During the course of the union of Queen Isabel II and King Consort Francisco de Asís, she gave birth countless times. Very few of her children shared the same father. However, of Queen Isabel II's many offspring, only five children reached adulthood. The first to arrive was Infanta Isabel (1851-1931), who married her mother's and father's first cousin Prince Gaetan of the Two Sicilies, Count of Girgenti. Infanta Isabel, quite possibly a lesbian, became a widow at a young age due to her husband's suicide. She never remarried, but her Madrid palace witnessed a long line of lady companions. Next to appear was the only surviving son, the future King Alfonso XII of Spain (1857-1885), who went on to marry twice. His first wife was Infanta María de las Mercedes, one of the many children of Montpensier and Luisa Fernanda. However, the beloved queen died of tuberculosis just months after their wedding. Alfonso XII's second wife was Archduchess Maria Christina of Austria (1858-1929), who served as regent during the childhood of the king's posthumous son, Alfonso XIII. The third child and second daughter, Infanta María del Pilar (1861-1879), came next; she was considered as a bride for the Prince Imperial, son of Emperor Napoléon III and Empress Eugénie of the French. The fourth child and third daughter, Infanta María de la Paz (1862–1946), then made her appearance; Paz married her first cousin Prince Ludwig Ferdinand of Bavaria (1859-1949), son of Infanta Amalia (a sister of Francisco de Asís) and Prince Adalbert, youngest son of King Ludwig I and Queen Theresa of Bavaria. Finally, and lastly, Infanta Eulalia (1864-1958) arrived and completed the family unit; Eulalia wed her cousin Infante Antonio, Duke of Galliera (1866-1930). Theirs was a disastrous marriage that caused the royal family much angst. Their two sons, Alfonso and Luis Fernando, suffered greatly by the marital turmoil of their parents. Alfonso, known as "Ali" within the family circle, made a splendid marriage to Princess Beatrice of Edinburgh, a granddaughter of Queen Victoria. As for Luis Fernando, he was a walking mess...well-known for his homosexual escapades, and alcohol and drug-induced debauchery, he eventually went through his fortune. Left with few options, he married Princess Marie de Broglie (née Say), a wealthy widow whose fortune Luis Fernando dealt a death blow to.

In 1833, Isabel II became Queen of Spain at the age of three following the death of her father. In 1868, after thirty-five years on the throne, Isabel II abdicated following the Glorious Revolution. The queen, the king consort, and the royal children left for exile in France. In 1870, Isabel and Francisco separated on amicable terms. The only surviving son, Alfonso XII, reigned as King of Spain from 1874 until his untimely death in 1885.