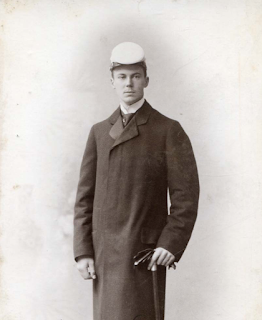 I was born in what is now modern-day Poland...a land that had been taking by my country nearly 2 centuries before it was given independence after the Great War.

My maternal family suffered from early deaths, while some of my cousins were brutally murdered by revolutionary wretches.

My father's family were considered parvenus by some of the much older dynasties of our land. They were also down for their military obsession. My father's mother was a uniquely talented woman, a revolutionary for her times, who liked to live without convention. In fact, she even had an illegitimate child and had no issue with raising him openly at her home, a large riverside palace that my family owned for several generations. In a family that dreaded divorce, my grandparents were so unhappy with each other, that dissolving their marriage was their only option to seek happiness as far away from each other as possible.

Although I was the youngest son of my father, I was the only one who left dynastic descendants, yet before my death, I could not secure an heir for our dying branch. My wife, whose dynasty enjoyed birth equality with our dynasty, dod not belong to the same section of the Almanach de Gotha where you can find me. She, survived me for more than three decades and was tasked with raising our children in difficult circumstances, especially after 1945, when most of our Eastern properties were lost to a red wave. Of our children, only one married royalty, but this marriage did not last long as my child's spouse died during war.
Posted by Arturo Beéche at 2:06 PM